There are many ways you can approach betting on esports and plenty of betting markets to explore. And even though moneyline is by far the simplest and most popular bet type, you have to understand how handicaps work if you’re serious about making money wagering on esports games.

Handicaps are often a choice of bettors who seek value outside of simple moneyline bets, and with enough knowledge of how Asian handicap betting works and how to use it, you will be able to succeed as well. So without further ado, here is our in-depth look at handicap betting; esports edition.

What Is Handicap Betting

Handicap betting (or spread betting) is an alternative way to bet on sports and esports, giving you more options than moneyline bets. In handicap betting, the “handicap” is a virtual disadvantage or advantage an esports betting site gives to a team before the start of the game, relating to the strength of the teams.

The goal of handicaps is to level the playing field between two non-evenly matched teams, so the underdog team gets an advantage (in the form of points or maps won) while the favored teams start the game with a disadvantage. The size of the handicap is determined by the teams’ strength and their perceived chances of winning the game.

For example, in football, a handicap will mainly be shown as goals, while Multiplayer Online Battle Arena (MOBA) games will use kills as handicaps, as there are no goals in any of the games from this genre.

Another big difference between sports and esports handicaps is that in football, a match can end in a draw. On the other side, moste esports games can’t end in a draw – giving you only two ways a handicap can be settled – win or lose – in contrast to sports, where your bet can settle as a win, loss, or a tie (push).

League of Legends and Dota 2 belong to the MOBA genre and are somewhat similar in how they play. But besides the similarities in the gameplay, LoL and Dota 2 also use a similar format, with most of the matches played as best-of-three (Bo3), where a team needs to win at least two games to win the series.

Notably, some LoL and Dota 2 games are also played as Bo1 or Bo5, but for this example, we’ll look how you can approach map handicap betting in Bo3 scenarios.

As we’ve established Bo3 format requires a team to win at least two maps to win the series – either two straight games or the first and the third. In Bo3 games, the bookmakers will offer a map handicap which is set at either -1.5 or +1.5 maps.

If you place a handicap bet at +1.5, the team you chose will have a +1.5 map advantage before the game starts. So since we know that a Bo3 series requires a team to win two maps, if your team wins one game in the series, they’ll win the match overall.

Conversely, if you bet at -1.5, your team will start the series with a 1.5-map deficit, meaning that the team needs to win the match in two straight games for your handicap bet to hit.

It’s important to note that handicaps in Dota 2 and League of Legends aren’t exclusive to maps. All esports betting sites will also offer handicap markets on kills and towers destroyed as two other common handicap bets.

The range of handicap kills is set according to the team’s strength and the game’s meta, but it’s typically set at +/- 5.5 kills. It’s important to note that the kill handicaps can be as low or as high as the bookmaker sets them – depending on the teams and the games.

The kill handicap, while not the same as map handicap, works the exact same way as the traditional handicap. A bet on a team with a -5.5 kill handicap means that they will win the game and your handicap bet will hit if the team ends the game with at least six more kills.

It’s important to note that in Dota 2 and League of Legends, the number of kills does not determine the winner, meaning a team can win the game despite securing fewer kills overall. So if you’re esports handicap betting with kills, you’re not necessarily predicting which team will win the game.

Counter-Strike: Global Offensive and Valorant are first person shooter (FPS) games, which is a significantly different genre from MOBA games. Still, most CS:GO and Valorant games are played in a Bo3 format, meaning we can use the same Asian handicap bets as we would in LoL or Dota 2.

In a Bo3 series, a team that wins two (out of three) maps first wins the game, so the bookmakers will typically offer a +/-1.5 map handicap. In some cases, such as the grand finals of big events, CS:GO, and Valorant matches will be played in a Bo5 format, where the map handicap is set at +/-2.5 maps.

Unlike in Bo3, where a team needs to win two maps to come out ahead in the series, a Bo5 format requires teams to win three maps. So if the handicap market offers +/-2.5 maps, you can bet on whether one team will win at least one or the other team will win the series without losing a single map.

Much like kill handicaps in LoL and Dota 2, bookmakers will set an appropriate handicap for rounds in CS:GO, and Valorant depending on the teams and the game. But for this example, let’s say that the bookmaker has offered a +/-9.5 round handicap on a CS:GO match.

If you bet on a team at +9.5 rounds, your selection will need to win seven or more rounds for your bet to be paid. Meanwhile, if you bet with a -9.5 round handicap, your team needs to win with at least ten rounds to spare compared to their opponents round score.

As we’ve learned, handicap esports betting is quite useful if you want to bet on games between two non-equally matched teams, which explain why so many esports bettors use it. But while placing a Asian handicap bet is fairly straightforward, there are a few tips and tricks you can use to improve your chances of winning.

No matter whether you intend to use prop bets, moneyline bets, or if you prefer to place Asian handicaps or any other bet types, you must start your esports betting journey by finding a solid esports betting site. Picking a bookmaker will severely impact your long-term success as a bettor, so while it might be a time-consuming task to find one, it’s a worthwhile time investment.

A good betting site must, first and foremost, be legal, safe, and legit. And there are two ways you can ensure that is the case – by either looking through online reviews or checking whether the betting site has a valid online gambling license.

It can’t be overstated how important it is that the bookmaker you use is licensed and safe. Only this way can you ensure that your personal information and money will be safe and that you won’t get scammed in any way.

Besides ensuring that the bookmaker is safe, it must also offer competitive betting odds and enough betting markets. Solid odds will ensure that you’ll be able to bet at fair prices, while the availability of different bet types wil provide bettors with more ways to bet on their favorite game.

If you want to bet on League of Legends, you should pick a bookmaker that covers all or most League of Legends competitions and has enough betting options so you can bet on whatever you like.

Lastly, a solid betting site will have generous betting bonuses and promotions, which will add value to your online betting journey.

You can’t start betting on esports if you don’t understand how the esports odds work, what they mean, and how to read them. Even though handicap bets are very straightforward – especially in League of Legends, CS:GO, and other big esports titles – you have to have a basic understanding of betting odds before you can consider playing your first bet.

If you’ve never bet before, then learning about the odds can seem like a tedious task, but that isn’t necessarily the case, and anyone can learn everything he needs to know about odds in a matter of days. Still, don’t take odds for granted, and approach betting one step at a time.

Research The Teams And Players

Like with any form of betting, be it on League of Legends, Dota 2, Rocket League, even football, ice hockey, or any other sports or esports titles, you need to know not only what you’re betting on but also why.

The ability to properly research teams and players before you place your bet is essential and you should have a strong understanding of probability to find value bets and solid betting opportunities. Particularly with handicap betting, you should know the teams’ and players’ strengths and weaknesses.

For example, if you’re placing a kill handicap bet on a League of Legends match, you don’t necessarily need to pick the team winning the game but rather know the two teams’ tendency to give up and secure kills. While one team might be stronger than the other and will likely win, they might finish most of their games with low kill lead, in which case you would explore the League of Legends betting market to find a way to back the other team with a positive kill handicap.

How do you handicap esports?

Traditional handicap in esports is used to level the playing field between two non-equally matched teams, where the handicap is an imaginary advantage or disadvantage given to one of the teams before the game starts. If one team is expected to win, the bookmaker will offer a positive handicap on the weaker team in the form of kills, rounds, or maps won.

What does handicap +1.5 mean CSGO?

The +1.5 handicap in CS:GO is a map handicap used mainly in best-of-three (Bo3) series. With it, you’re giving one of the teams a +1.5 map advantage in the series, meaning they only have to win one map to win the entire match.

What does +1 handicap mean?

A +1 handicap can be either a map, kills, or round handicap, giving the underdog team an imaginary advantage of one kill, one round, or one map. Since this is not an Asian handicap (which includes half-umbers), the outcome of this bet can be a tie (push)

What is a handicap in sports bets? 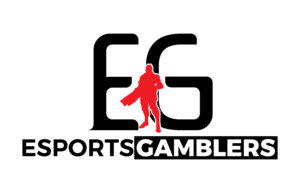 Copyright 2022 Esports-gamblers.com | we do not provide our affiliate marketing services to the USA, Israel and other countries.

Copyright 2022 Esports-gamblers.com | we do not provide our affiliate marketing services to the USA, Israel and other countries.